The project reflects on the artist’s experiences during his residence in Denmark in regard to the complex issue of immigration and integration within the Danish society.

200 falafel sandwiches were made fresh daily and wrapped in images of immigrants who reside in the Vollsmose suburb in Odense. The visitors consuming these products of migration throughout the day were presented with a new “face-to-face” point of view on their own relationship to the immigrant community in the city. As the sandwiches disappeared, the Danish Flag was slowly revealed and projected onto the wall behind the tables. 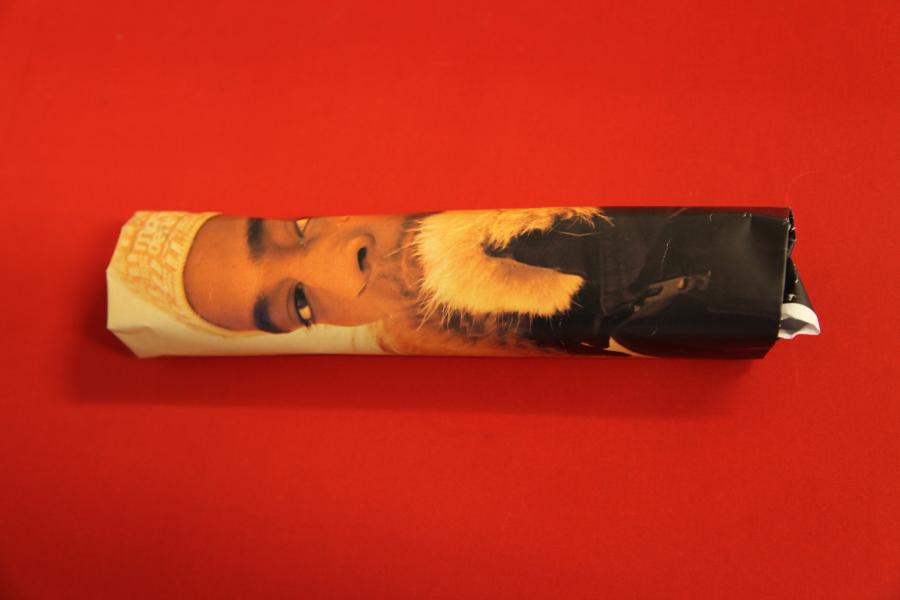 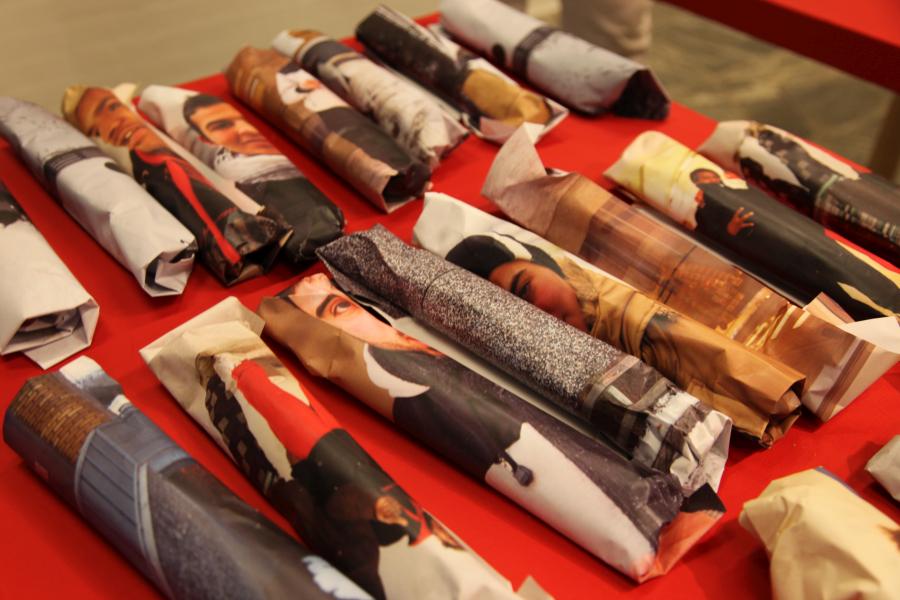 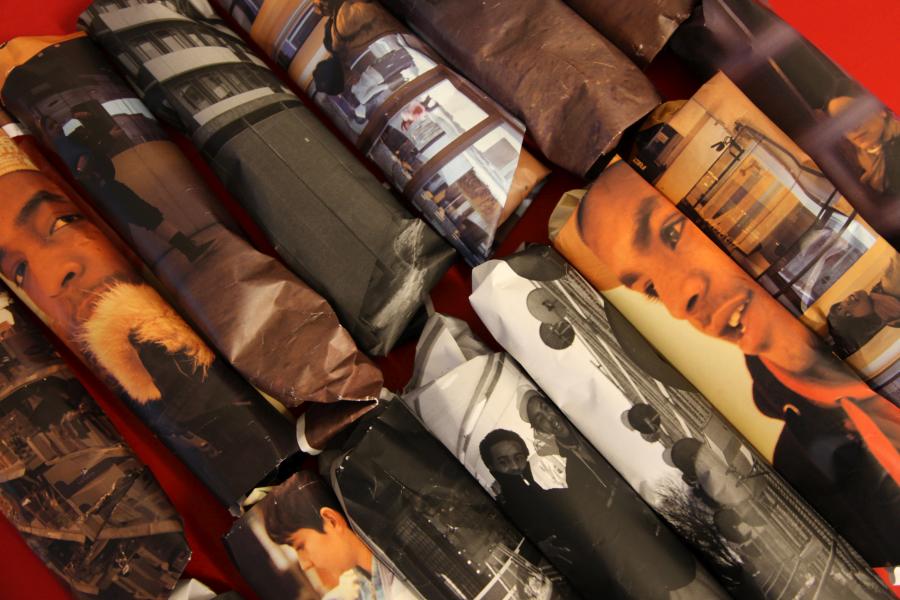 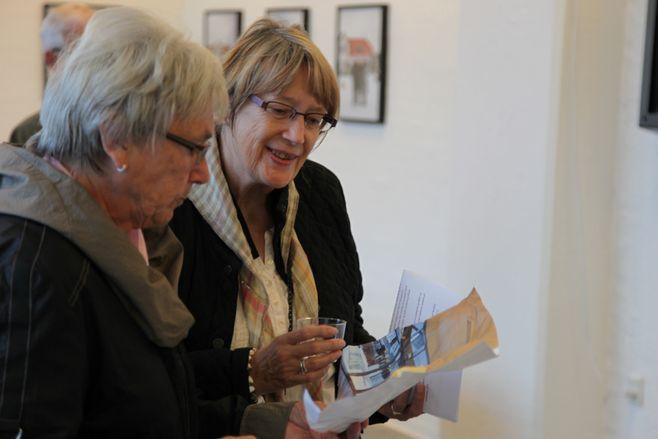 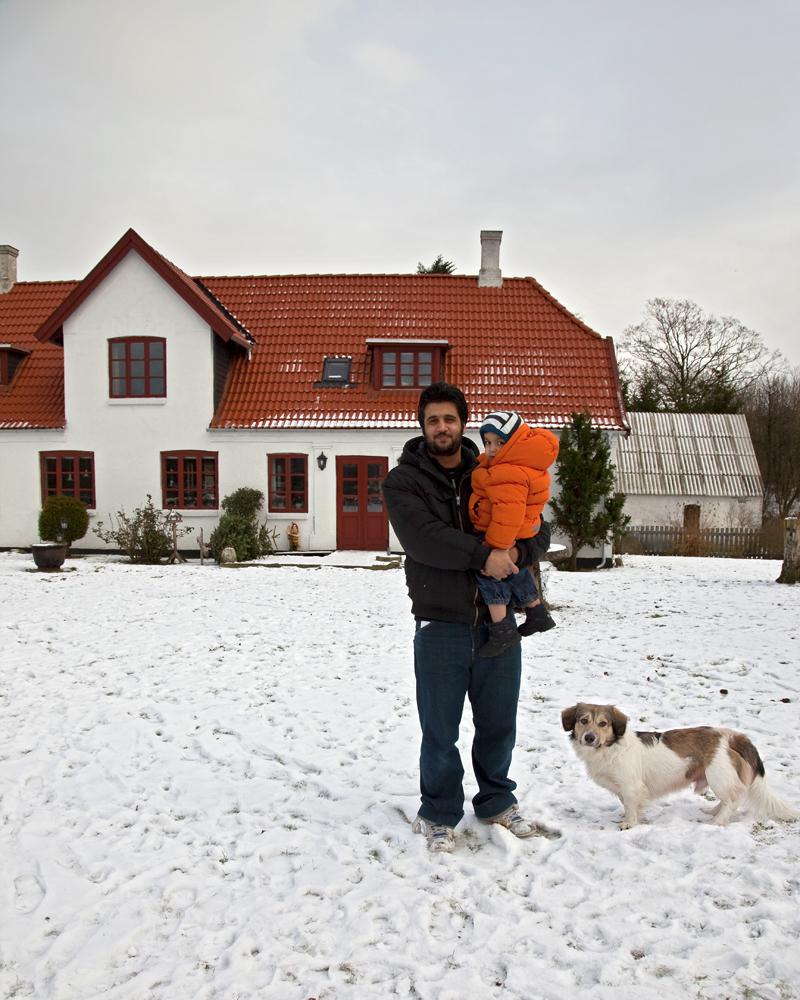 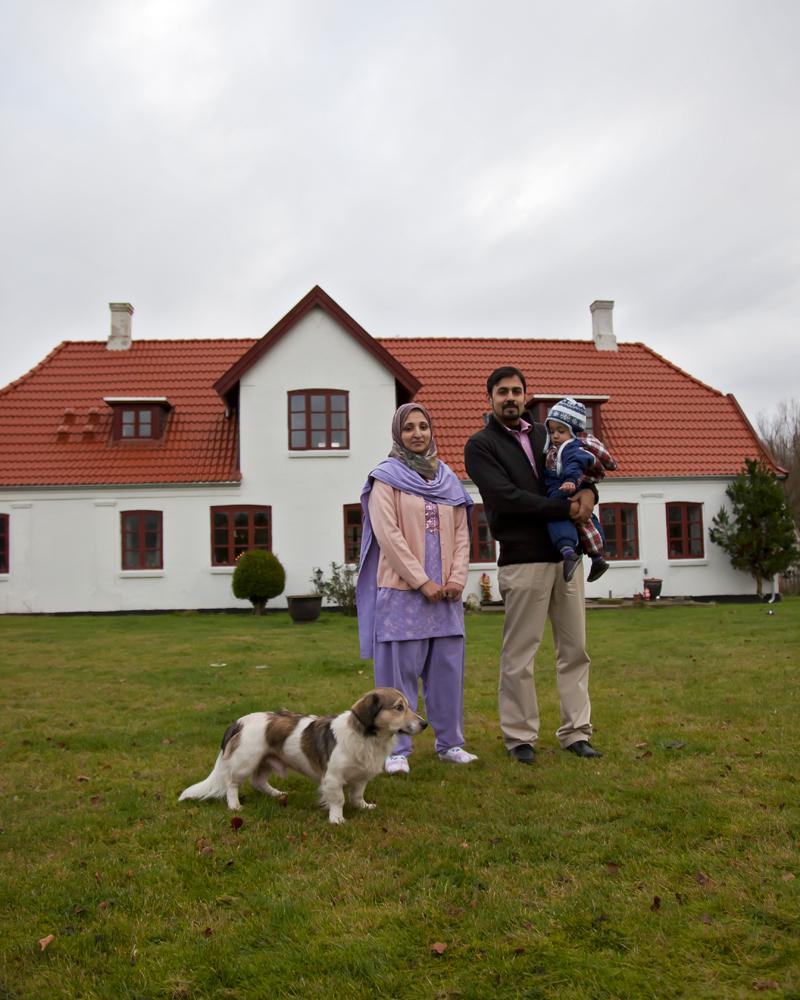 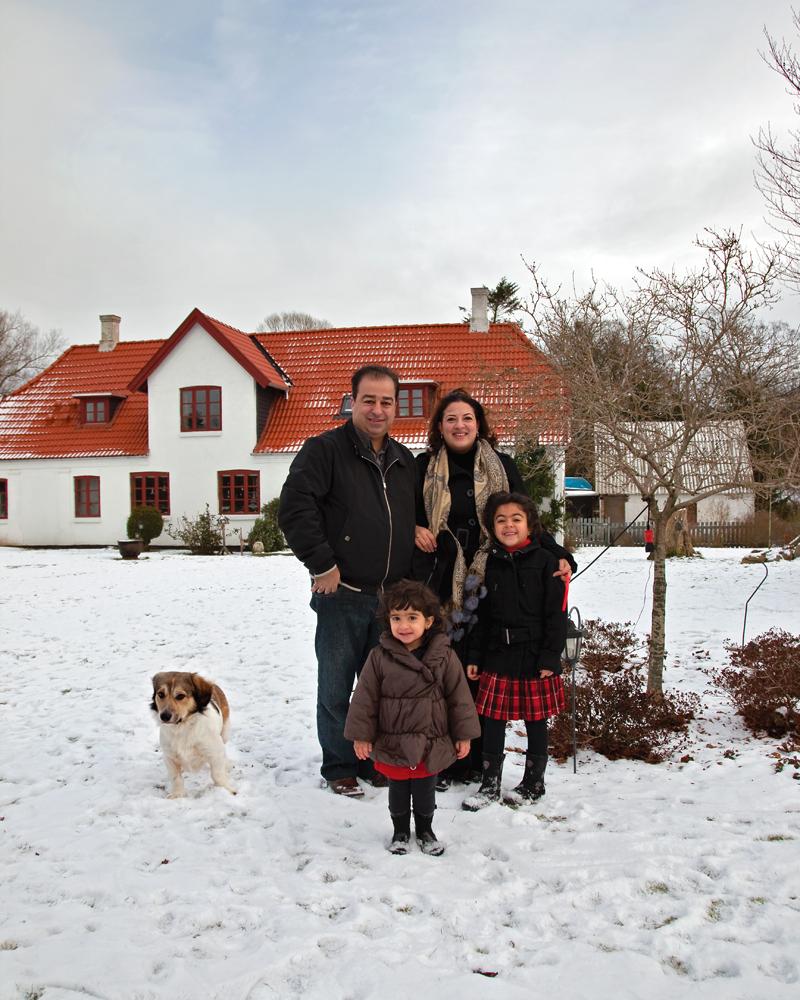 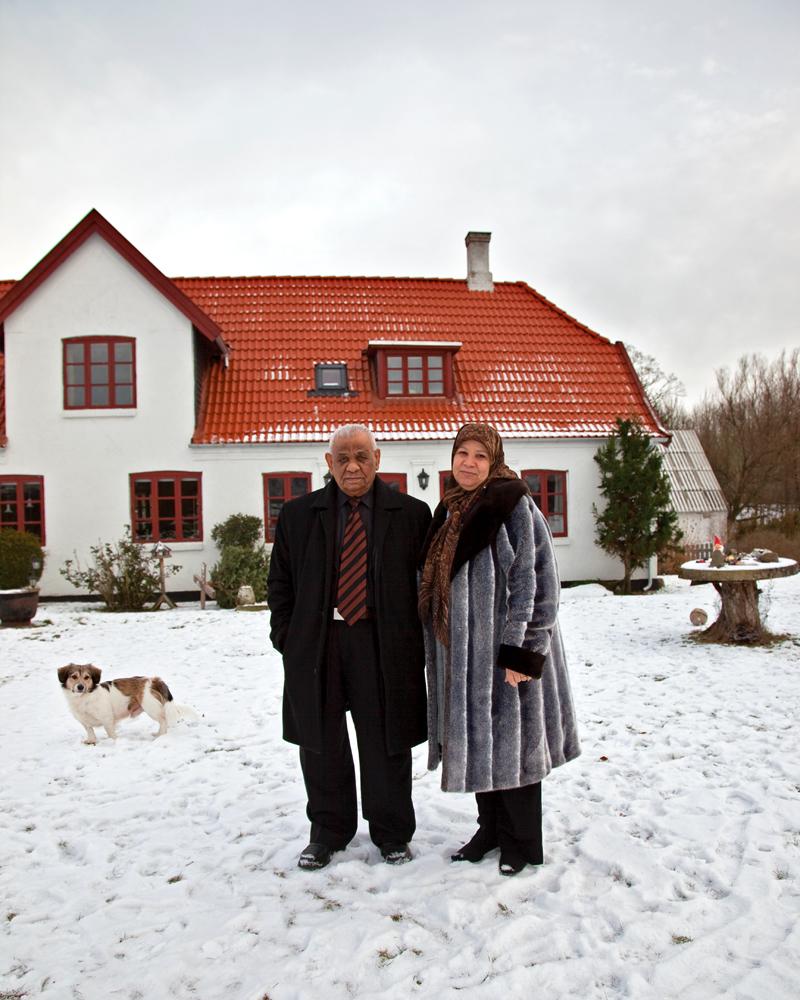 This work consists of photos of four Danish families. Each family was staged in the same garden, in front of the same house, and with the same dog.