(syn·ga·my) | [sing ́gah-me]
the fusion of two cells to initiate the development of a new individual organism.

Language in translation distances us from understanding as often as it brings us closer to it. Syngamy reflects on the serendipitous loss, addition and accidents that may occur during a shift between languages. The point of departure for this work is the recognition that, despite Arabic and English sharing approximately twenty phonemes, the ‘S’ or  ‘س ‘ is the only one which resides in the same position on a standard English-Arabic keyboard.

The short story, Aluminum, by Hasan Dawood recalls the events surrounding a British plane crash-landed in between two small villages Lebanon. Among all the characters, the only one that has no name and mentioned with its profession was the translator. This text was translated from Arabic to English, and the other way around, five times by different certified translators. Each iteration resulted in a change in the story. The resulting text was then stripped of all of its S’s. The absence of this mutual phoneme further abstracted the narrative, leaving the artist completely lost in translation. 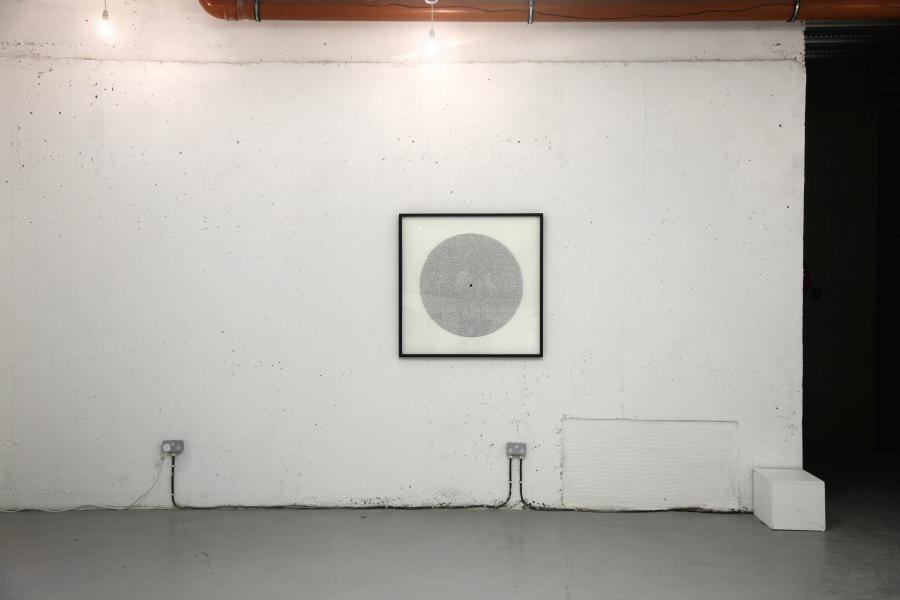 Installation view, ‘WE ARE NOWHERE AND IT IS NOW’ , Occupy Space, Limerick, Ireland, 2010. 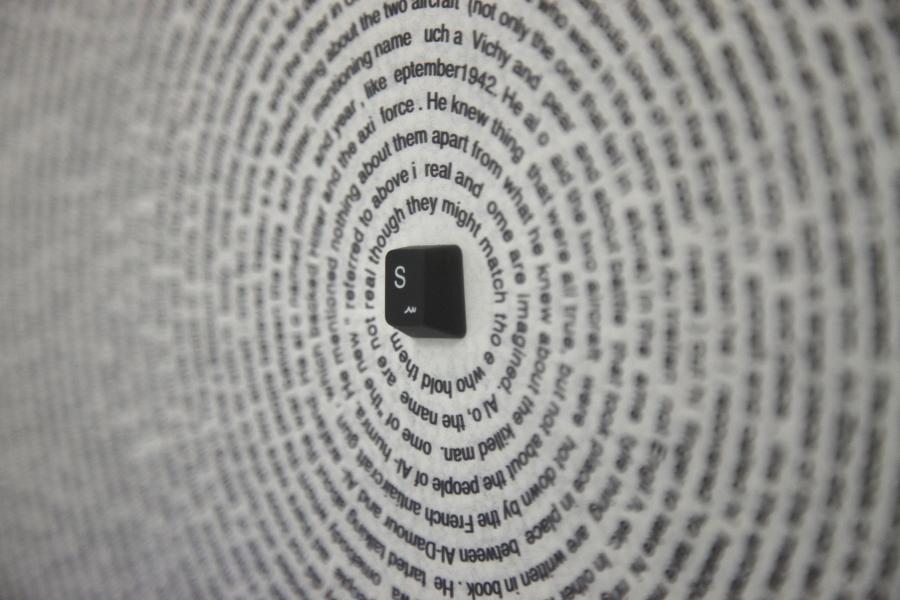 detail
All Selected Projects
By clicking “Accept All”, you agree to the storing of cookies on your device to enhance site navigation, and analyze site usage.
View our Privacy Policy for more information.
PreferencesAccept All