Regarding the Pain of Others 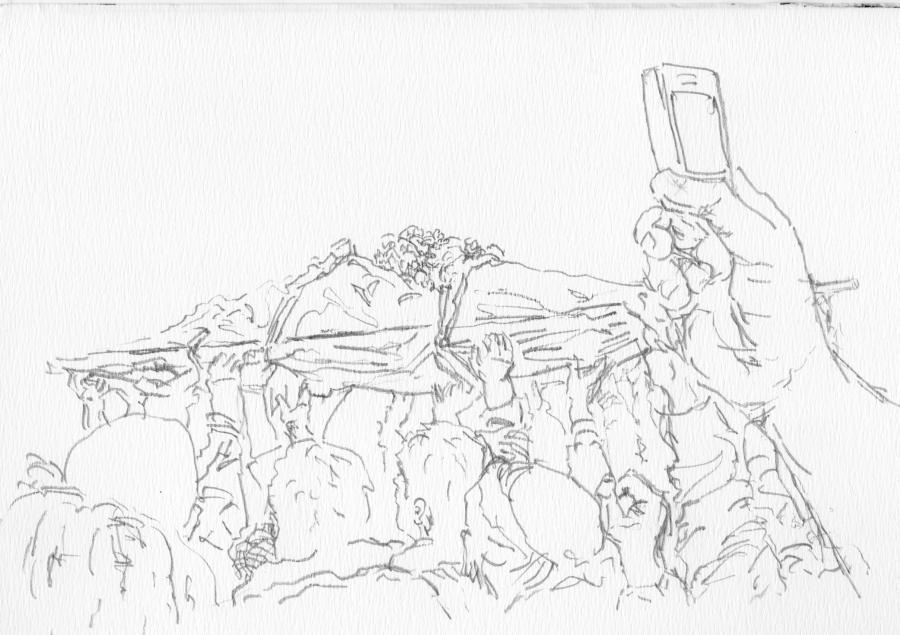 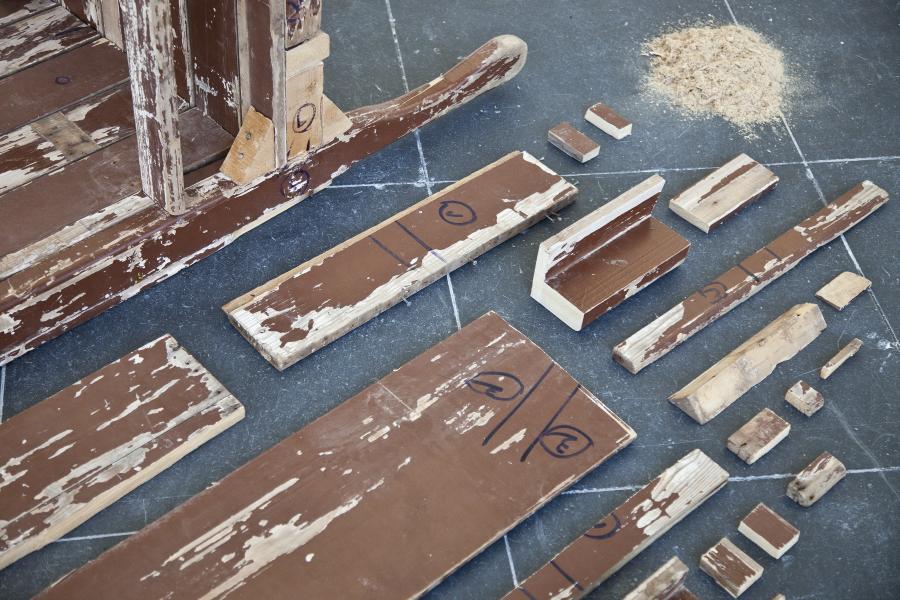 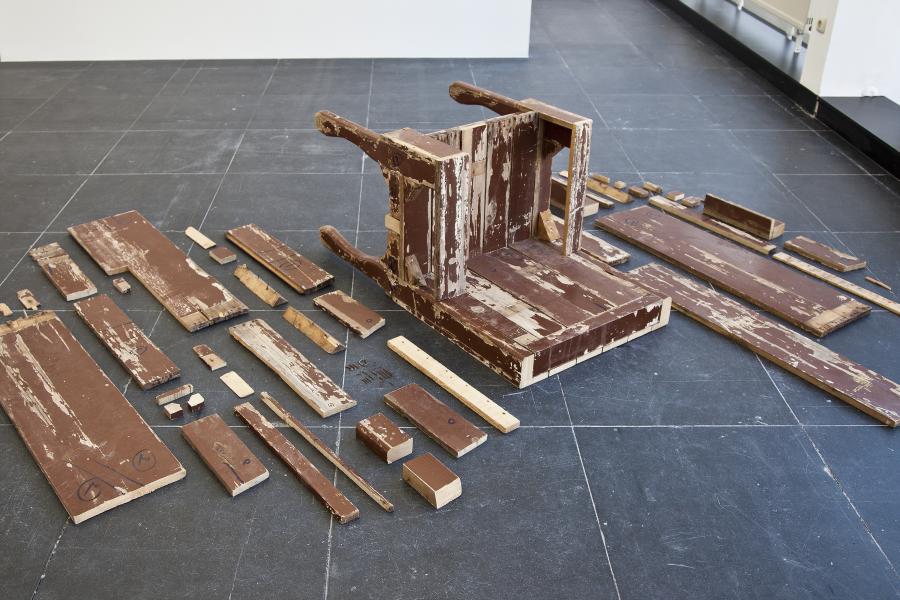 With the help of a Sheikh from the city of Da’al, south of Syria, and many others along the way, a na’ash (a type of bier, or funerary stretcher that is used to carry dead bodies from a mosque to a graveyard) was smuggled out of Syria. After its circuitous journey to Jordan, it was dissembled for shipping and sent to Germany.

Using only the object’s original materials – its wood and rusted nails – this symbol of the utimate transition from life into death was transformed into a throne; a universal seat of power, now a sign of dignity restored.

Regarding the Pain of Others carries the legacy of an object heavy with history, pain and meaning. It pays tribute to the marks of its journey, its transformation and the stories conveyed by the wood of which it was made.

This metamorphic process resulted in excess materials: leftover planks, sawdust and nails remain as a part of the installation. They are a small testament to the 135 bodies it carried to the grave during the time of the Syrian revolution.

The stories that were told and shared along the way also became a part of the project – the accomplices willingly recorded videos of themselves reciting their own poetry alongside the original na’ash.