How might the existence, or non-existence of an artwork affect the material reality presented in a photograph? Can an of erasure be protective; the absence of a body highlight its presence?

The photographs used in The Untitled Images were captured in various locations in Syria, though they all depict a similarly horrific loss. There are multiple levels of violence present in these works: the regime’s murder of Syrian citizens, the brutality of the media’s choosing which images to disseminate, and finally the artist’s own intervention in these photographs.

Implicating his own practice in the violence of this conflict, Barakeh has cut and peeled away the photographic skin and identity of the deceased in an almost surgical act. This process, equally savage and protective, highlights the presence of the victims through their absence, while simultaneously shielding them in anonymity. 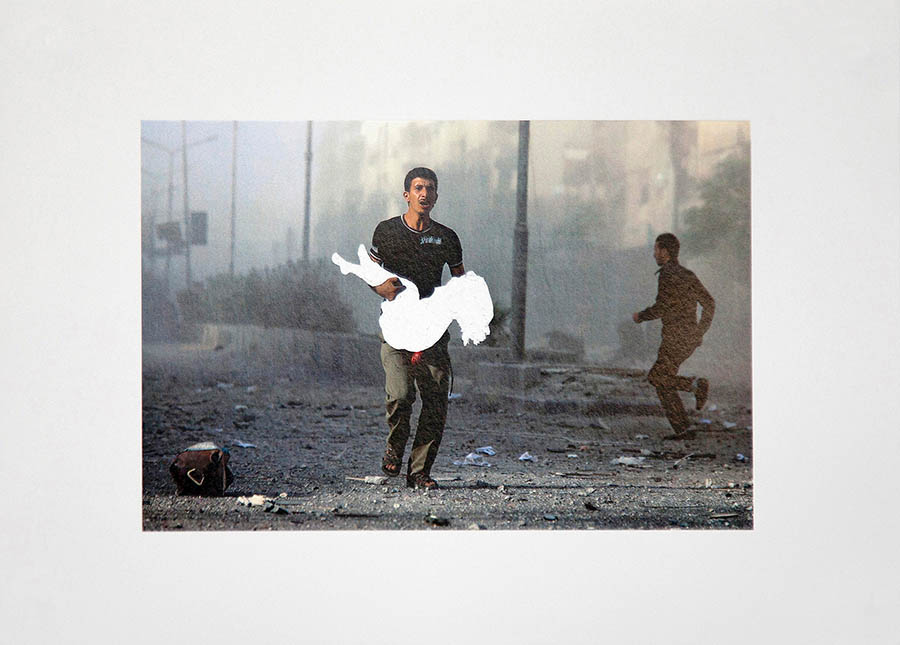 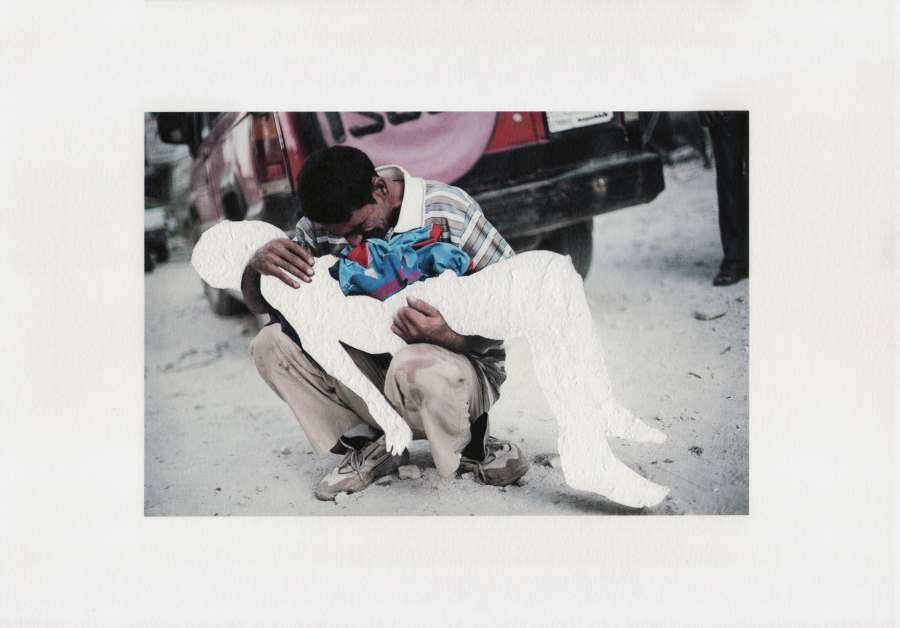 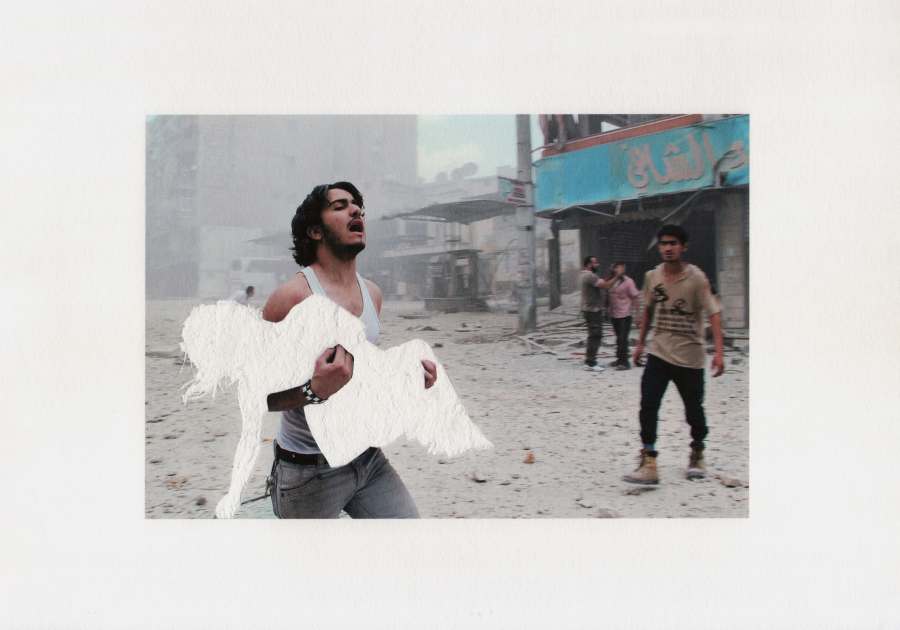 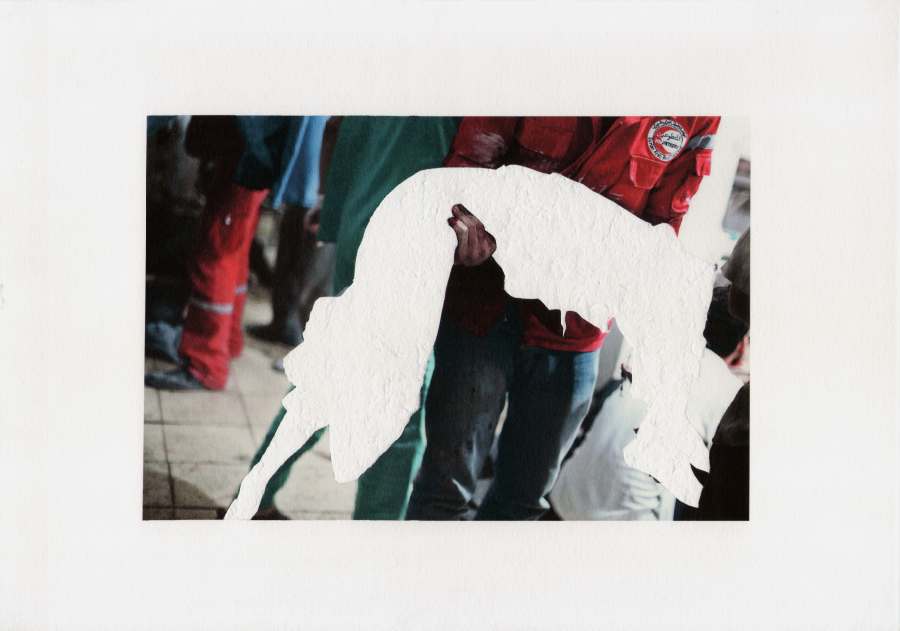 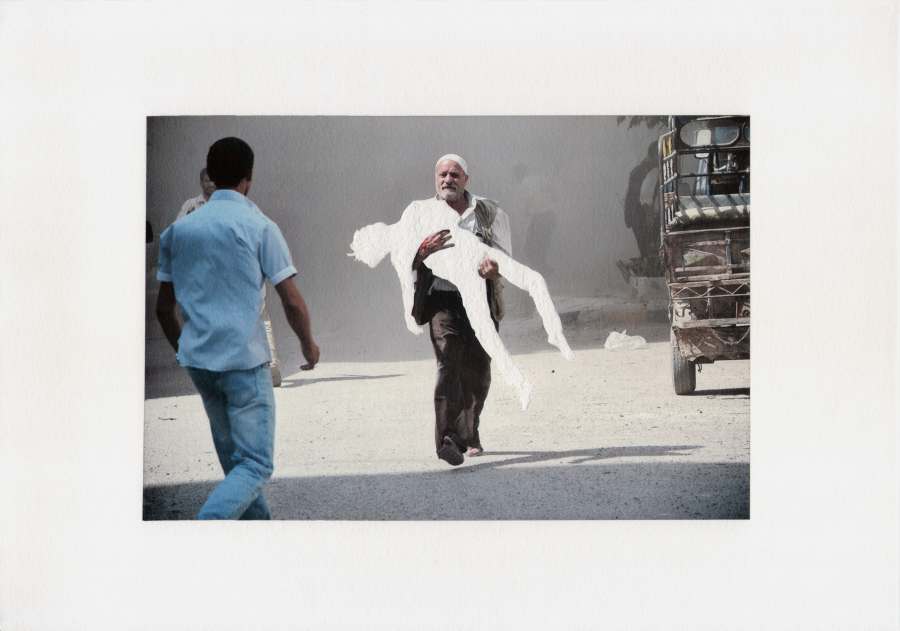