Transmigration is inspired by a wall of graffiti located under a railway bridge in Vanløse, a vibrant immigrant community in Copenhagen. The location marks one of the borders of this community, an imagined societal divide and a literal “other side of the tracks”. Painted on this wall, partially covered by other tags, layers of colors and forms, were the words USA UD A VIETNAM; an expression of political resistance to the American intervention in Vietnam. 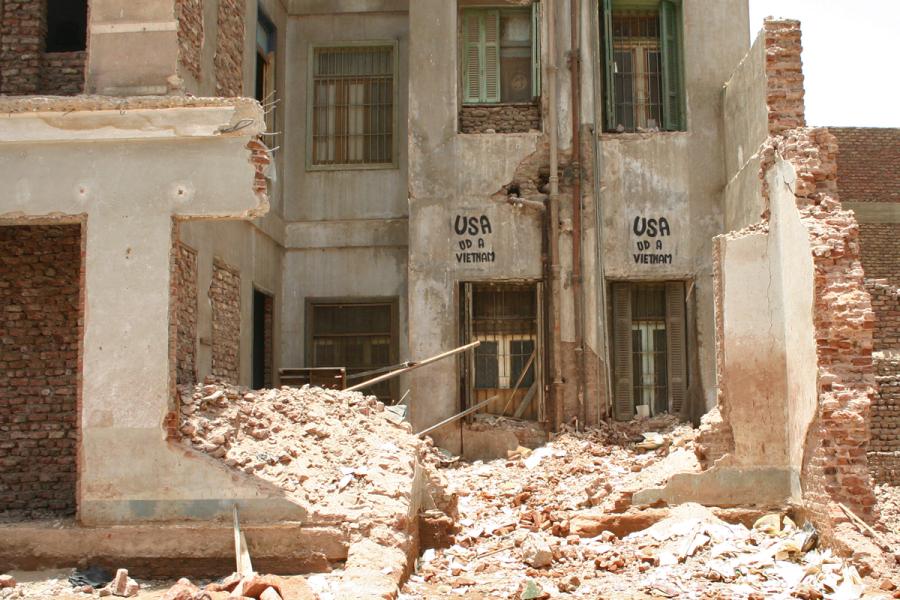 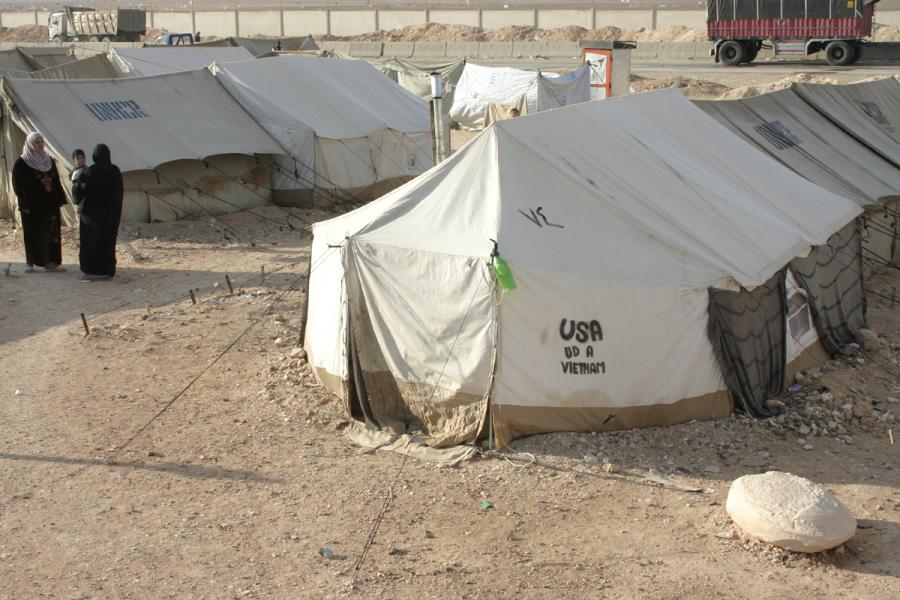 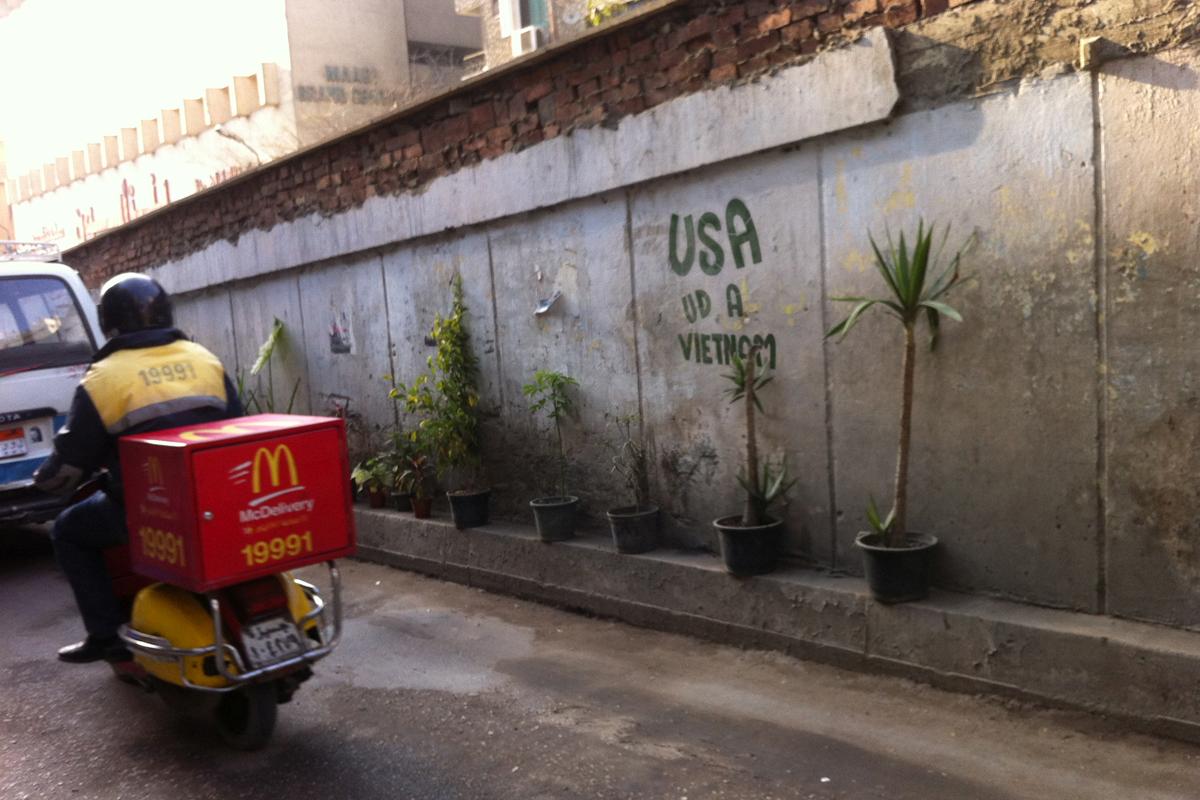 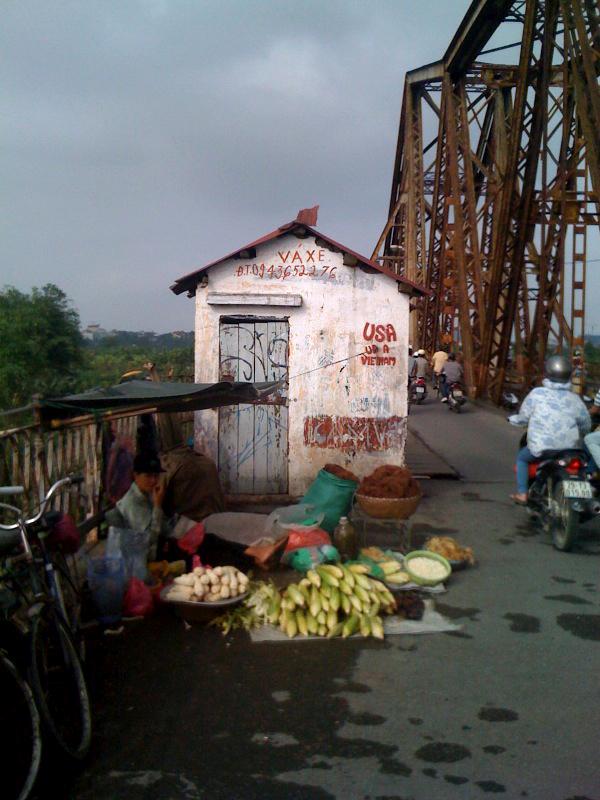 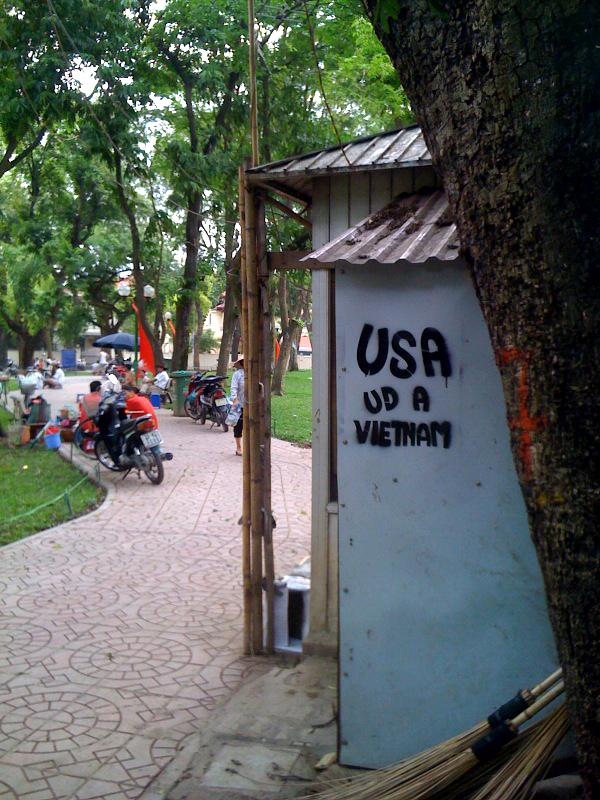 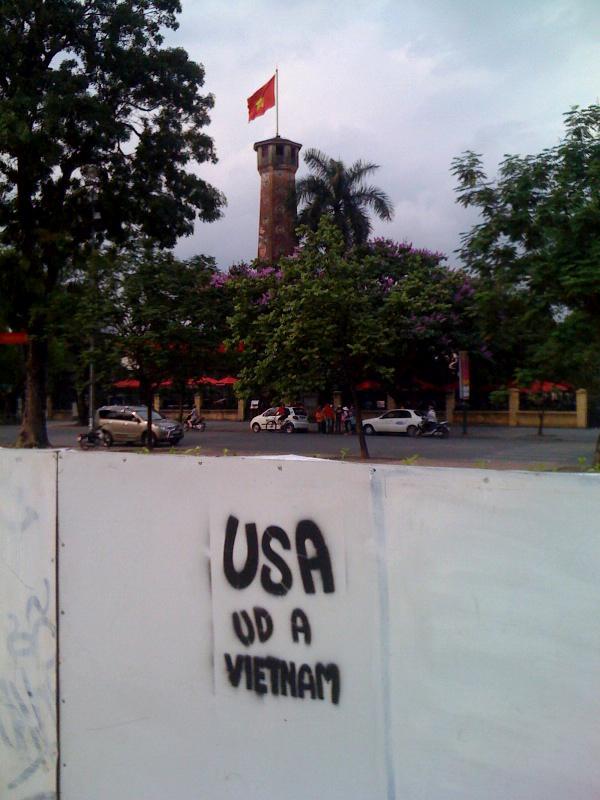 This graffiti, was re-painted in the same spot and its outlines were copied in order to create a stencil. It was then digitized and sent out worldwide, transforming an image into a memoir of common resilience which refused to recognize borders. A photographic movement was created: Those who received the stencil would repaint it in their own country and community, document the location, and return a photograph of the work. The artist received images of the graffiti on new walls in Iraq, Nigeria, Syria, Yemen, Palestine, Afghanistan, Vietnam itself, an many other countries around the world. 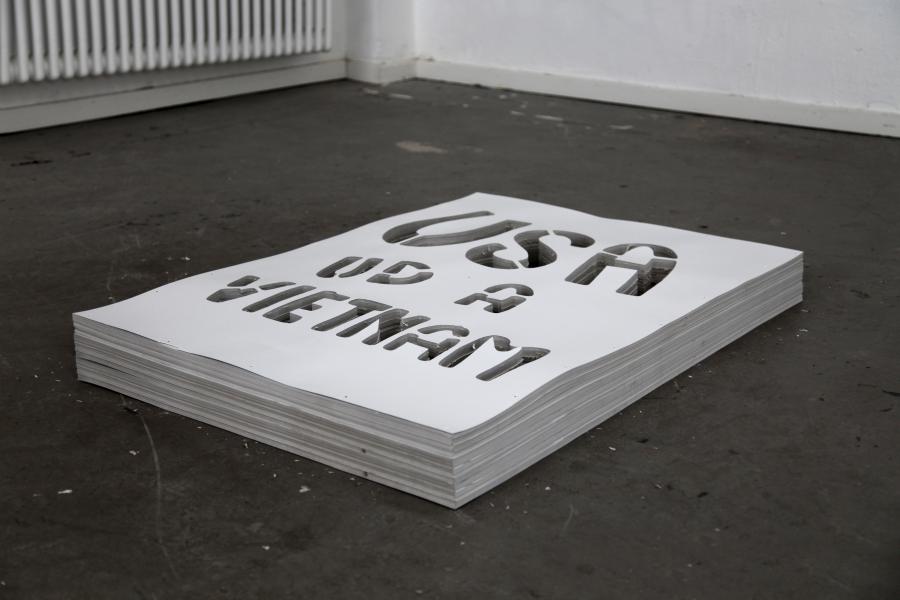 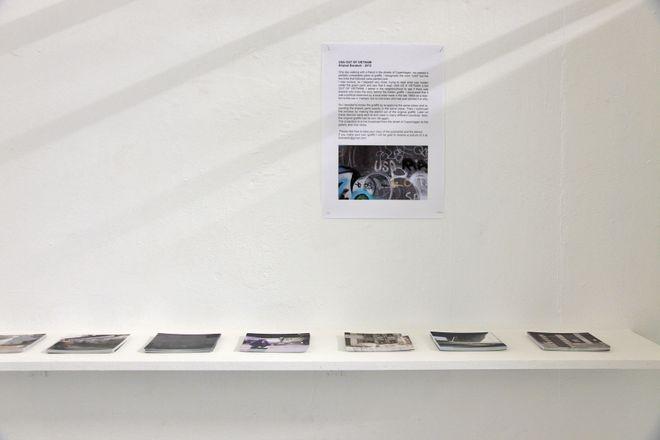 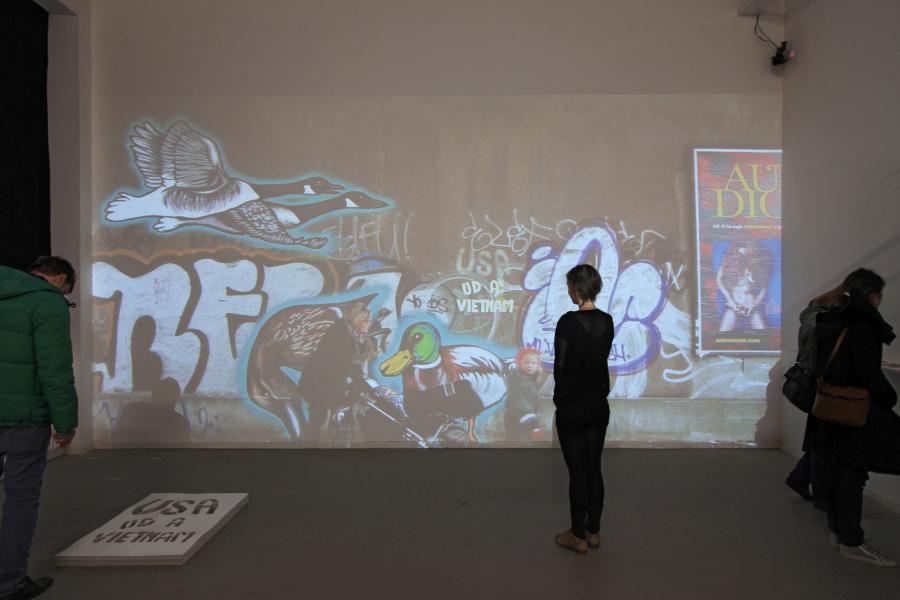 As part of an exhibition in Frankfurt, these images were reproduced as postcards and mailed to the people who had taken part in the movement. Copies were also placed and distributed within the exhibition space. During the course of the exhibition, the original wall in Denmark was live video-streamed in the gallery, and vice-versa. Visitors on both ends could see each other as they passed through their respective spaces, further dissolving the sense of boundaries between two locations. 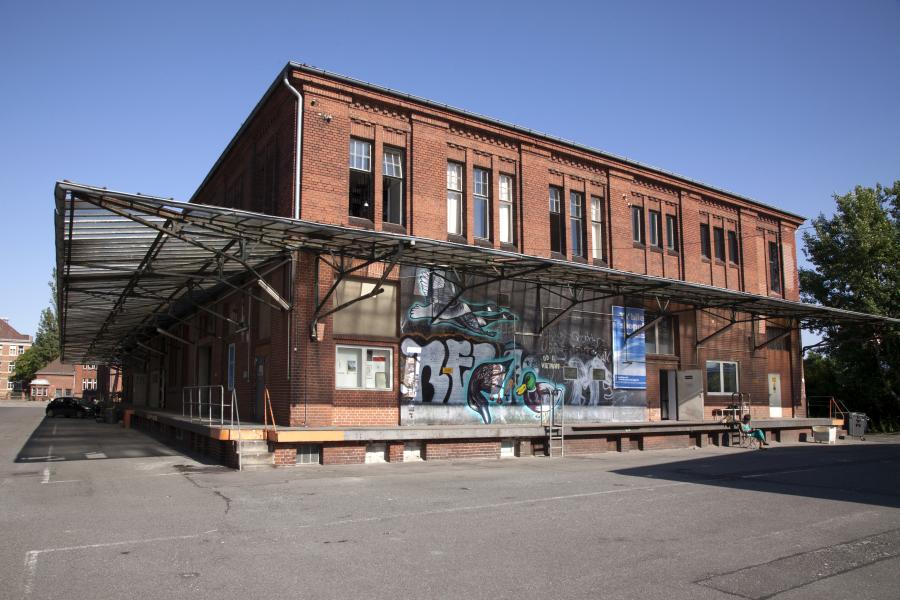 As another iteration of the work, a photograph of the wall was taken just before its graffiti was to be painted over. It was then printed on wallpaper in a 1:1 scale; a vibrant image of the past, captured forever and stored in another country.