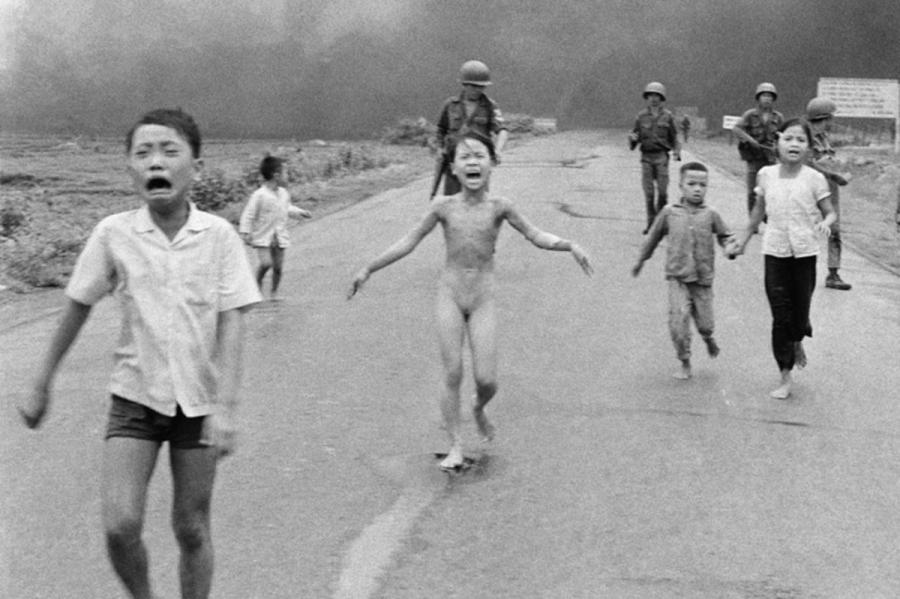 On Khaled Barakeh’s Works ‘The Untitled Images'
By Miriam Wilhelm

in: Speech and Phenomena

The paradoxical status of all textual and visual marks as being perpetually under erasure, elaborated on by the famous French philosopher Jacques Derrida, applies to these photographs, showing dramatic images of casualties of the Syrian civil war. With surgical precision and by using a scalpel, the skin of the photograph is peeled out following the exact shape of the dead bodies in it. Thus creating a ‘chain of violence’ starting with the actual aggressions of the Syrian regime against their own people, to the collaboration of Western media by choosing not to show the majority of images such as these, which testify to those crimes and lastly the artistic act of violence by once again erasing the victim’s shapes.

The textures that are left behind in the photographic paper occupy negative spaces that might also be the furls and frays of a growing, critical and alternative archive – its status being still defined by the larger paradoxes of memory and forgetting, of trace and destruction, while at the same time drawing attention to questions of concealment and omission. What do certain acts of erasure reveal about institutions of power, society and secrecy? How does erasure modulate between different documents and how does it affect the way we see and read? By altering the modes of visibility and invisibility through erasure, forgetting and disappearance become radical, profoundly productive acts.

In order to protect audience members and the discursive concept of common decency, modern media more often than not choose to omit or censor drastic images of violence, fearing their psychological shock effects. This act of concealment, however, does not only bear schizophrenic undertones in a voyeuristic society, in which un-/real violence is omnipresent, but which, though constantly confronted with it, opts to conceive of this phenomenon only in abstract terms merely through statistics or colours of some interchangeable graph. In doing so Western societies tend to deny the critical potential of such imagery. It only took a couple of seconds for Associated Press photographer Huynh Cong Ut to snap the black and white picture of young girls running away from their burning huts, while being followed by American GI’s, which soon acquired an iconic status and communicated the devastating horrors of the Vietnam war intensely on a non-linguistic level, forming public opinion after being mediated through different channels of information and thus helped to end one of the most divisive military actions in American history.

In the Untitled Images this reiteration of violence, this removal from perhaps the only documents that attest to the victim’s physical embodiment as well as the emotional intimacy of their deaths, has come full circle – a transformation of violence, determined by the corporeal body lines and culminating in an almost surgical excision. What global media report as plain statistics and numbers of dead, here opposes a reification process that tends to ignore the grief, pain, and sorrow from an already intensely victimized people, whilst adhering to the anonymity of the casualties and in doing so protecting them from a voyeuristic view.

In the exhibition space the work is hung in particularly low height – about 60cm from the floor – in order to enforce a respectful and humble, bend-down position amongst the audience. This action does not only call for an altered reception of the photographs in physical terms, but also echoes the discomfort one might experience due to their visual content.PreviousAll Selected ProjectsNext